The top 4 causes of workplace fires and explosions 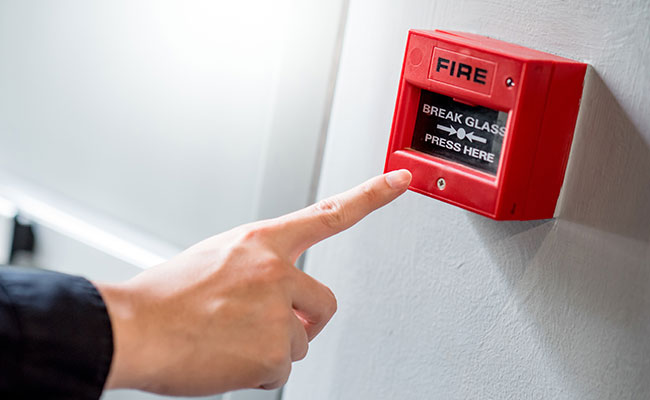 While fires and explosions are probably far from the most common workplace hazards, they can easily be some of the deadliest. Fires are dangerous enough in relatively static environments like offices, but the risk can be magnified many times over in environments like factories, warehouses and industrial facilities, where there might be toxic gases and other factors which could easily result in devastating explosions. (Just one of the many reasons why gas detection alarms are such a vital measure for commercial and industrial businesses!)

By far and away one of the best ways to protect you and your staff from the dangers is through planning, thorough risk assessments, and staff training. So, to give you a head start on that, we’ve collated four of the top causes of workplace fires and explosions, and what you can do to prevent them.

One of the key reasons why industrial and commercial facilities are at such a high risk of fires and explosions is because they naturally tend to involve the storage, processing and production of flammable substances, encompassing both liquids and gases alike. Solvents, paints, varnishes, liquified petroleum gas (LPG) and flammable gases like chlorine are all amongst some of the most common culprits for workplace fires and explosions. (This is where gas detection systems can play a vital role, as they can provide early warning of gases rising to dangerous levels, helping you to avert a potential disaster.)

A significant proportion of these accidents involves improper storage, where controlled substances have been allowed to escape their containers or dedicated storage spaces. On other occasions, the material has been properly stored, but an ignition source has been allowed to stray too closely to it, resulting in the ignition of the material.

There have been several high profile examples of this sort of scenario, but one of the most famous by far is the PEPCON disaster, which occurred in 1988 in Nevada, United States. There were a number of different factors involved in the disaster, and culpability remains a point of contention even decades later. However, investigations established that one of the decisive causes was a single welding torch, which produced enough sparks to ignite a store of ammonium perchlorate. That resulted in a series of explosions, the largest of which was estimated to be equivalent to a 0.25 kiloton of TNT – roughly the same yield as a tactical nuclear weapon.

That’s obviously an extreme example, but even relatively small fires and explosions are more than sufficient to injure or kill.

Electrical hazards are perhaps one of the best-known fire hazards, as it’s one shared by domestic residences as well as commercial and industrial buildings. It’s a particularly significant issue in manufacturing plants. Electrical fires are often started through poorly-maintained equipment such as exposed wiring, or overloaded outlets or extension cords. All of these scenarios can produce a spark (sometimes a flurry of them), which can sometimes be more than enough to start a blaze.

Regular equipment inspections and staff training are some of the best ways to prevent electrical fires, and it’s worth keeping an eye out for the particularly common bad habits, such as daisy chaining (when multiple extension cords are linked together and used to full or mostly-full capacity, which can ultimately end up overloading the socket).

Dust is one of the most universal fire and explosion hazards affecting commercial and industrial workplaces, partially because it can be produced by such a huge range of industrial processes, especially machining and sanding operations. Food, dyes, chemicals and metals all have the capacity to produce dust, which can be combustible. Part of the reason that dust can be so deadly is because it has the capacity to cause multiple explosions. The primary explosion can cause the dust to become airborne, and then that dust cloud itself can ignite, often causing a far more violent explosion than the first.

For that reason alone, it’s worth taking extra care to ensure that any areas which might host these operations are properly ventilated. Wherever access to open air might be an issue, extractor fans will need to be installed – or the operations themselves relocated entirely.

The equipment itself can also pose a fire hazard, particularly in the most intensive operations. For example, tools like saws or grinding machines operating non-stop throughout the working day can produce a significant amount of friction, which can ultimately be a decisive factor in starting a fire. (Dust can sometimes be a further complicating factor in these accidents, as we’ve outlined above.)

Systems that get naturally hot, such as those involving heaters and furnaces, are obviously even more prone to being involved in fires and explosions. Faulty containment devices, such as damaged barriers or sealants, or malfunctioning valves, can also pose a major hazard.

Key steps for every workplace to manage the risk

Every workplace is different, and your own risk assessment and processes will be geared towards the individual characteristics of your premises, workplace culture, and the product or service you provide. However, as a general rule of thumb, if you’re looking to enhance the safety of your own workplace, it’s worth focusing on:

Naturally, your system of gas alarm detectors will form one of your first defences against potentially deadly accidents, so it’s also worth subjecting yours to regular inspections. If you decide it’s not up to scratch, or you’re thinking about upgrading it, that’s where we can help here at Gas Alarm Systems.

With more than 25 years of experience behind us, we’re market-leading experts in the design, development and maintenance of gas leak detection equipment. Feel free to take a look at our range of fixed products or portable products, or if you have any questions or need any advice, by all means call us on 01423 862240, and we’ll be happy to see how we can help.